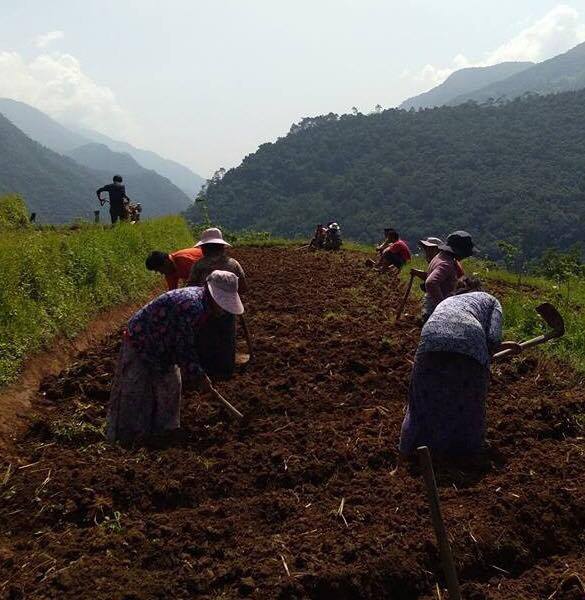 BAOWE (Bhutan Association of Women Entrepreneurs) believes in the huge potential for women entrepreneurs in Agribusiness stemming from the Bhutanese cultural norm of women inheriting family land in Bhutan’s matriarchal society. The women in the farms make up the majority of the population, and the country’s economic growth suffers colossal losses when often these lands are left fallow due to lack of business expertise, financial incentives or technical know-how in farm businesses. With women making up such an essential component to the economic well-being and development of the country, there comes an issue when 70% of the unemployed population are women.

When Bhutan talks about developing its own economy in an inclusive manner, this includes employing more women in sustainable jobs, particularly in the Agribusiness. As a country where the majority of the population is employed through farm production, the farming sector hasn’t really taken off. The production is low and insufficient to meet demands, and furthermore there is no workable marketing network to connect grass root farmers to production units: domestic or international.

Bhutan’s economic future depends on its agricultural sector. The country’s identity is closely linked to its natural conservation objectives. Even culturally, our superstitions, beliefs, are woven around the protection of our forests, whether it is the worshipping of sacred trees, boulders or mountain water sources. “To create an inclusive environment for economic growth, our country’s business policy needs to focus on Agribusiness—it is the way forward,” says Damchae Dem. “Thanks to our pristine environment, rich soils and biodiversity, we are naturally organic. Bhutan is one of the safest food bowls in the world. We need to make good use of that and help make our country’s economy.”

Women make up the majority of the population working directly in the fields or being in connection to some sort of agricultural activity, especially in the rural areas of Bhutan. Empowering women in agricultural businesses will not only empower rural families thereby help in poverty reduction, but will empower the communities as well. “Women empowerment isn’t just limited to the individual. She empowers everyone around her.”